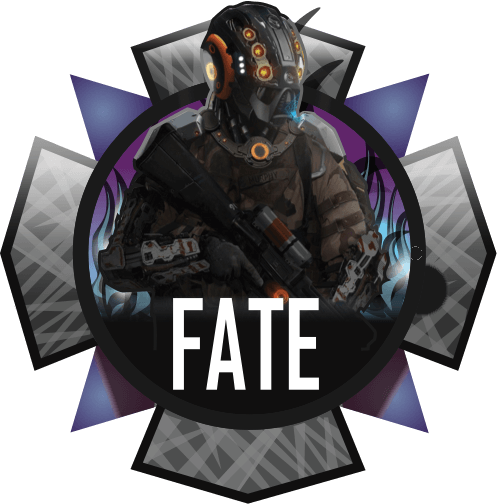 Your Destiny 2 adventure can be easily optimized with the right tools and we are excited to offer you the quickest way to master missions, strikes and raids with our top-of-the-line gaming products. Destiny 2 Xbox One modded controller was built to help you focus more on strategic actions and facilitate in-game combat maneuvers.

Fate multi-mod package, compatible with both Destiny titles, includes 5 thought-through mods that enhance your shooting capabilities via an optimized Rapid Fire and Auto Burst functions, hone your aiming down the sights and firing via Quickscope feature, get the maximum out of your character’s running skills with Auto Sprint perk and perform a double action via Jumpshot upgrade.

Meaningless to say, the look of the controller, that you will be using for hours, matters. Our modification options include an ability to change the exterior of the unit exactly to your taste or choose from pre-made designs via a leading edge technology available throughout our Controller Configurator platform.

A five mod Fate gaming package will help you improve the skills that are required to stay on top of your enemies and be of great use to your team. The package has been put together for Destiny 1 and 2 experiences and includes the following gameplay enhancements:

Rapid Fire is a well-known firing mod that delivers a set of speeds optimized for various weapons types. Programming option is also available for hardcore gamers looking for un ultimate usage of the weaponry.

Auto Burst was designed for semi-auto and single shot weapons allowing you to customize the number of shots in a burst. The mod is lethal when used for far away objects as it improves long-range accuracy.

Quick Scope will make your experience with semi-auto and other sniper rifles smooth and easy. You will have to press one less button when shooting allowing the mod to do the rest. Several pre-set sub-modes and a programming mode come with the pack.

Jumpshot will turn your character into ninja as you will be able to fire and jump up simultaneously making yourself a real gain for your clan.

Last but not least, comes Auto Sprint feature which is a lifesaver during an intense gameplay that allows your character to keep running as long as you desire.

We suggest to explore more performance upgrades to load your controller with all abilities that fit your gaming style. Programmable paddles option takes a lion’s share of controller operating work as it allows remapping the buttons functions the way you want them.

Another Bungie’s creation, Destiny 2 came out in September 2017 for Xbox 1 and PS4 systems with Microsoft Windows version set to be released the following month. The game is a beautifully developed first-person shooter rich with amazing environments, replayable missions, great multiplayer experience and other valuable content. Users can complete the whole game solo via the campaign mode or get to choose whether to play with a small crew of friends or strategically join clans to get a better competitive edge in the multiplayer modes. The title is a perfect choice for those looking for an engaging content and a loot-driven gameplay.

Inevitably, Destiny 2 was compared to its 2014 predecessor a lot. The original public perception of the game changed from seeing it as a Destiny expansion to accepting the sequel as a brand new product on the FPS market. Here are the most distinctive differences between the two games pointed out by both gamers and critics.

Players have to start off fresh as all achievements, armoury and unlocks from Destiny are gone. The game scenery hasn’t been changed and the action still takes place on the planets across the same solar system. Destiny 2 delivers a simpler, but much more enhanced story; advanced NPC involvement with new characters introduced and three main Vanguard guardians being the key players, and puts more emphasis on the clan system this time around. Even if users don’t participate in a team combat, being a part of a clan gives significant advantages. Team-based strategy techniques are much more useful in the second Destiny as well.

Destiny 2 combat moments have evolved from Halo-like scenes featured in the original title, they are much more exciting and spectacular this time around. The game still offers three class character system that has been simplified. The weaponry structure is divided into three groups in Destiny 2 that affect both PvP and PvE experiences.

The game preorder numbers showed a significant increase compared to the 2014 release and showed a record of 1.2m gamers playing it online on the launch weekend.

Destiny 2 campaign mode is built upon an adventurous story where players will have to protect the Earth from the Red Legion enemies via a series of missions. Although the story has evolved compared to the first game, it still feels meaningless making the whole campaign experience feel like a preparation for the multiplayer parts. Basically, players start understanding what the whole thing is all about right after they get done with Ghaul’s invasion and get to the next level. The goal of Destiny 2 and the campaign is to collect the loot that allows upgrading the gaming character with more gear. Better gear allows confronting more powerful enemies and collecting, even more, loot after the fight. In two words, player’s main activity is shooting and looting.

A great thing about the campaign is that you don’t have to stop your adventure with awesome raids, strikes and patrols of the four world Destiny 2 locations once you’ve completed all story missions. Besides phantastic surroundings, additional fun spots, you get to gather more gear and enter the multiplayer levels with a more advanced, enduring character.

The multiplayer mode delivered by the Crucible experience puts an emphasis on the teamwork and joined strategic efforts. The way the players get matched changed from a random selection by the system to an optimized Guided Games that offer an ability to choose the teammates strategically, via clans for example.

It’s four against four players format for all modes in Destiny 2 which seems like a perfect team number where everyone has a chance to participate without being overloaded. As we’ve mentioned before, the weapon system now features one power weapon slot for the game deadliest firearms to be acquired by one team member only and two slots for primary weapons. The new structure took an immediate toll on the combat speed and severity turning fights into tactical events based on a good teamwork and having less unforeseen deaths.

For players preferring a loner gaming style the adventure may seem too team oriented and our best guess is that Bungie will add more content resembling original Destiny combat techniques to keep that audience interested.

Since the game is a loot-driven shooter, players’ main goal is to collect as many rewards as possible to upgrade the gaming character. This becomes very addicting and most players will find themselves hooked on constantly looking for better gear. Destiny’s original three classes are featured in the sequel, Exo, Human and Awoken plus players are welcome to have a character of each class to reach specific results in the gameplay. A certain number of experience points needs to be gathered to enhance the abilities of each character and once the cap is reached, players can start upgrading the power level via the weaponry and armour enhancing.

PvE mode makes up the most of the sequel content offering players to get immersed into the thrilling world of interplanetary adventures. The Dead Zone on Earth, Titan of Saturn and Nessus offer tons of area to explore via new maps, missions and flashpoints. The culmination events of PvE are The Levian Raid and The Nightfall activities. The latest is a highly replayable event that requires players to implement all their skills and strategic thinking to complete offered challenges. The Levian Raid does a great job in meeting standards for advanced puzzles and phenomenal final boss encounters. Both experiences deliver the content that will keep even the most hardcore gamers wanting to come back for more.

Destiny 2 shines in its PvP experience offering a number of maps via Crucible mode where teams can challenge each others with their skills, teamwork and strategy implementation. The mode is made of two main options, Competitive and Quickplay, plus it features Trials of the Nine and Iron Banner experiences.

Competitive option offers Countdown, where players get to a place and defend the bomb until it's the time to explode it, and the Survival mode where there is a limited amount of lives that can’t be revived until the round end. Quickplay’s Clash, Control and Supremacy modes are a great option for those looking for a laid-back, enjoyable experience that doesn’t require any special strategy or skills. Trials of the Nine starts every Friday and ends the following Tuesday offering players to get engaged in Survival or Countdown events and get more rewards in addition to a competitive, team vs team shooting experience.