Chat
IMPORTANT ORDER PROCESSING TIME UPDATE
Order Processing time will depend on the type of product selected and will vary from 1 to 6 business days. Same Day Assembly (24-hour order completion) option may not be available for your product type. You will be able to check it along with an ETA at checkout. Thank you for choosing us. 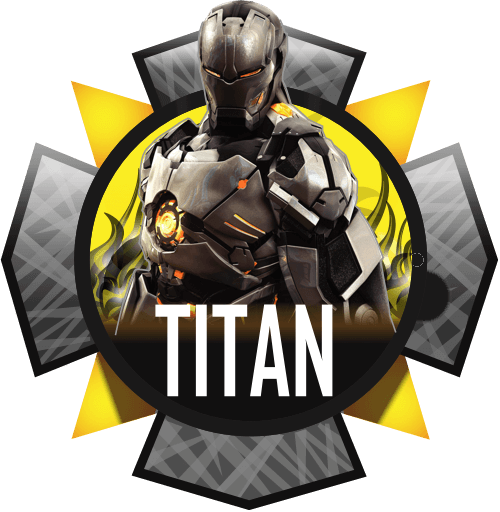 This highly anticipated FPS release developed by Respawn Entertainment became available in March, 2014. With its original idea of gamers controlling the robots of the next-gen who participate in the combat on their behalf and the brilliant implementations, graphics and sounds, the game won over 60 awards at E3 and received generally positive reviews.

Titanfall sequel was released in October, 2016 featuring same plot with significant improvements in the campaign, multiplayer and overall gameplay compared to its predecessor. The game has more maps and puts a deeper emphasis on the relationship between Titans and Pilots via a full single-player mode story.

Players fight against each other as free running soldiers, so-called pilots, and by commanding Titans, giant robots, that can be periodically deployed. Pilot and Titan control are almost identical but their abilities do differ. Pilots can use all traditional weapons, regenerate speed boosts, have x-ray vision and invisibility cloaking. Pilots are able to fight Titans by hopping on their backs and shooting their weak spot, they can also eject from severely damaged Titans and get a Titan replacement.

Titans come in 3 classes that vary in speed and armor. They can hurt pilots by emitting special electrified smoke, re-direct enemy ammunition in the air back in enemy direction and can also be customized with 2 more extra perks by players.

The game offers 15 classic multiplayer maps and a so-called campaign multiplayer (there is no classic offline campaign mode) that can be counted as a practice tutorial as it is a mix of multiplayer and single player features.

Here, at Mega Modz Planet , we offer a game-compatible package consisting of 5 strong mod packs: Rapid Fire, Auto Burst, Auto Sprint, Jump Shot and Quick Scope. With the functions enabled, you now can shoot better, aim with greater accuracy, run non-stop and perform multiple actions like jumping/dropping and firing simultaneously. Experience our state-of-the-art modding technology and quip your Titan to the fullest to be able outfight your competition.