PS4 Controller Customizer Build Your Own
Hello, Sign In
Want To Write For Us? Contact Us
New? Register

The wait is over. The new Mega Modz PS4 Modded Controller is finally here. Fine-tuned for Black Ops 4. 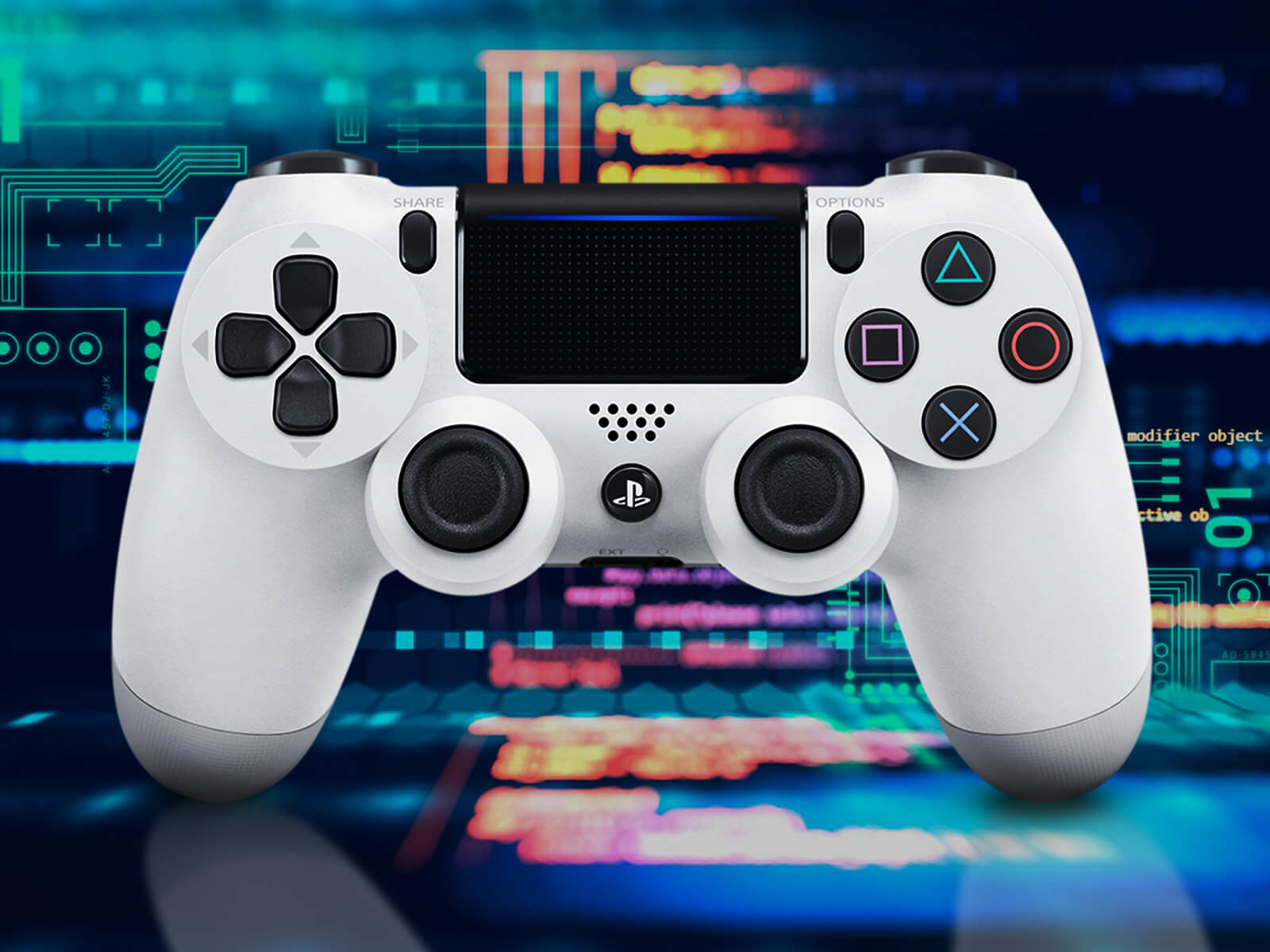 We are delightful to announce the release of an upgraded version of the all-new PS4 Mod. What prompted our team to create new features is a deep desire to connect the player with the game like never before, to offer a highly engaging and smashing user experience. We realized our mod technology just doesn't deliver anymore. No new options are offered to our fans and the software hasn’t been upgraded for years after the completion of the previous version.

So we began to look for ways of improvement and completely rebuilt the modchip. It now features a new processor with larger memory and faster-communicating speed for the most effective performance.

Let’s get started. Here is what has been changed: 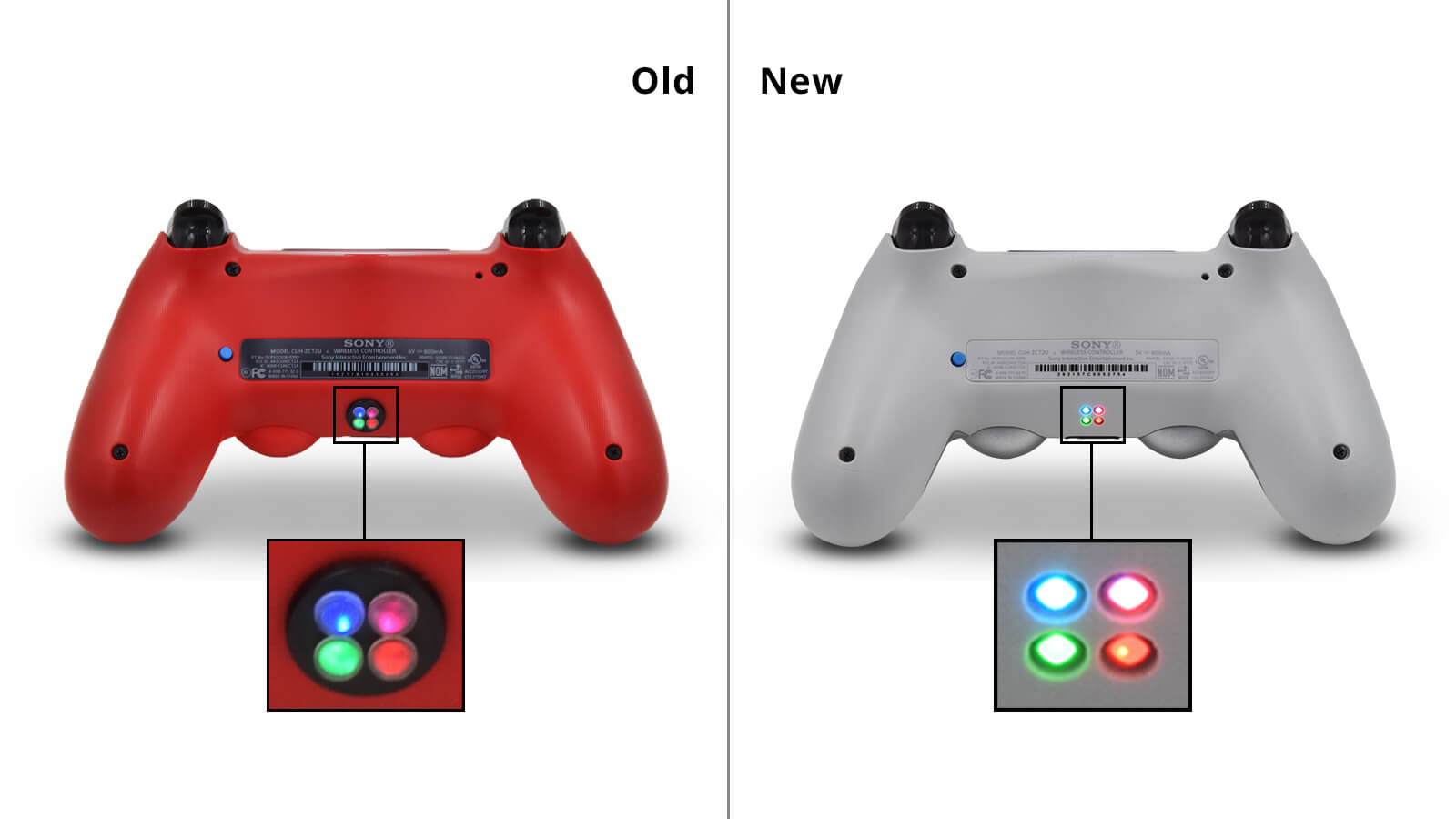 The LED Indicator has been redesigned and is now a build-in LED board with an upgraded microprocessor and advanced LEDs. It still looks like a square consisting of 4 LEDs located next to each other, but now they are mounted directly into the controller shell as opposed to being attached to a plastic round piece.

The main issues with the old feature were that the plastic piece didn’t look factory good, giving a controller an aftermarket appearance, plus LEDs did not reflect the exact colors. For instance, if colors or some mods were pretty close, like blue (Fast Reload) and light blue (Auto Sprint), they could be indistinguishable due to poor color matching. The new LED Indicator solves all these issues. It is a now a factory looking, build-in piece of hardware with a precise color indication that won’t let the user confuse colors associated with mod options.

Our previous generation mods navigation was pretty clear and user-friendly with all features activation steps being done thru the mod button on the back of the controller. All mods were color-coded and an activated mod would come out on the LED Indicator to let the user know which option has been recently enabled. The modchip also offered an ability to activate and further customize (if needed) up to 4 mods at the same time.

The new modchip offers all of the above and adds an extra layer of functionality. You are now able to check what sub-mode (configuration) you currently use by performing simple steps. The process of scrolling between sub-modes has been also changed - instead of going forward only, as seen on the outdated modchip, you are now able to scroll backward as well. The new functionality allows managing sub-modes much quicker and easier.

Sub-modes and Custom Speed Indication have been improved as well. Before you had to count the number of blinks on the LED Indicator to identify which sub-mode you were changing to. It was not a very convenient way because a missed blink could make you not arrive on the right sub-mode.

The new indication algorithm solves this issue as the LED Indicator now allows a constant interaction with the modchip and user awareness of activated functions on the controller at any time.

It also improves scrolling between sub-modes and setting up custom values experience. The controller will feature a common way of displaying numbers using three overlapping color layers (red, green and blue) to indicate the values on the indicator.

When you are involved in a video game action, the last thing you want to do is take your eyes off the screen putting your character at risk of getting shot. With the previous gen of Mega Modz controllers, you had to look at the LED Indicator every time you wanted to turn mods on and off.

Our exclusive Haptic feedback technology took care of the issue by letting the user know when mods get turned on and off without having to keep an eye on the LED Indicator. We have connected the modchip to the existing rumble motors located on the base of the grips of PS4 controllers which gave an advanced, user-oriented experience. Now the motors will give you instant feedback when certain mods get enabled and disabled during the game. Your hands will feel the vibration within milliseconds after an operation with the mod.

The LED indicator main purpose in the newest controllers is to allow customizing sub-modes on the go.

Now that we’ve covered the basics of the technology side, let’s move on to the most interesting part - MODS! We went thru lots of Mega Modz existing mod features and gave them a fresh spin as with the release of the latest shooting titles, COD Black Ops 4 especially, we felt the need to create something exciting and absolutely new!

Ladies and gentlemen, welcome the all new and available exclusively at Mega Modz - Auto Heal Mod. 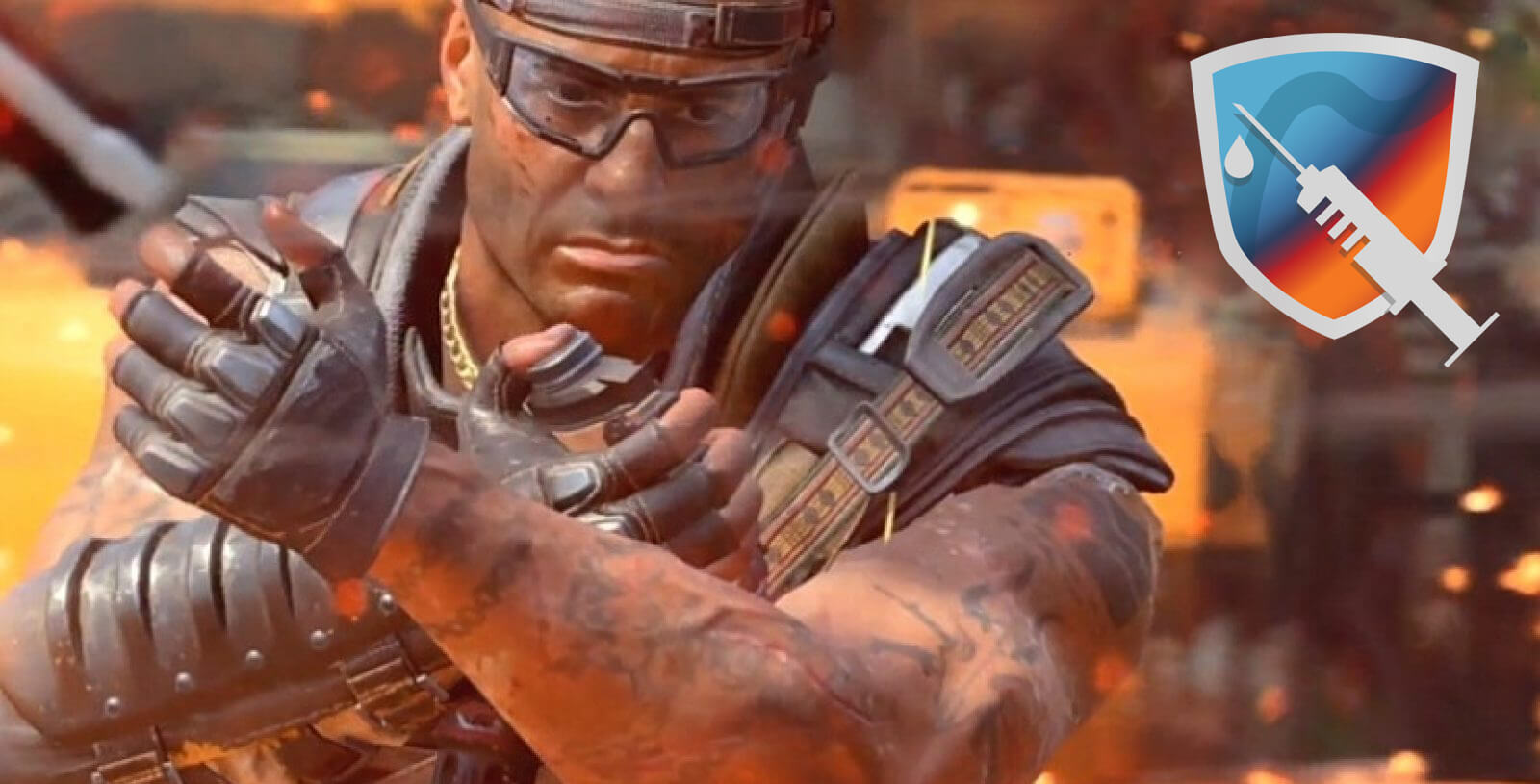 This is a brand new feature that has never been introduced on the modded market before and is a true must-have for the Black Ops 4 fans. It was created to make you effortlessly dominate in the game by allowing to use the BO4 healing options in a very advanced way.

As you may have noticed, Call of Duty Black Ops 4 changed the healing process mechanics. Before it was done automatically in the game without players having to worry about the health bar. In B04 the process is dedicated to the L1 button and happens differently in the multiplayer and Blackout modes.

Normally you have to tap L1 to regain your character’s health back in the multiplayer, and with our technology you can perform 2 actions, healing and weapon reloading, with a press of just one Square button. The modchip remaps L1 to the Square button and, depending on whether your soldier needs to just heal or reload or both, Auto Heal will do it for you.

Healing in Blackout is more complicated, it varies on the available healing perks (First Aid, Med Kit, Trauma Kit, Consumer Perk) and requires holding the L1 for up to 5 seconds which can significantly affect the fight outcome. With Auto Heal functionality you will only have to briefly tap the L1 and the modchip will do the rest for you. Obvious advantages are that you no longer need to wait till the health bar is full, you can stay focused on the game action and you get to free up your index finger! 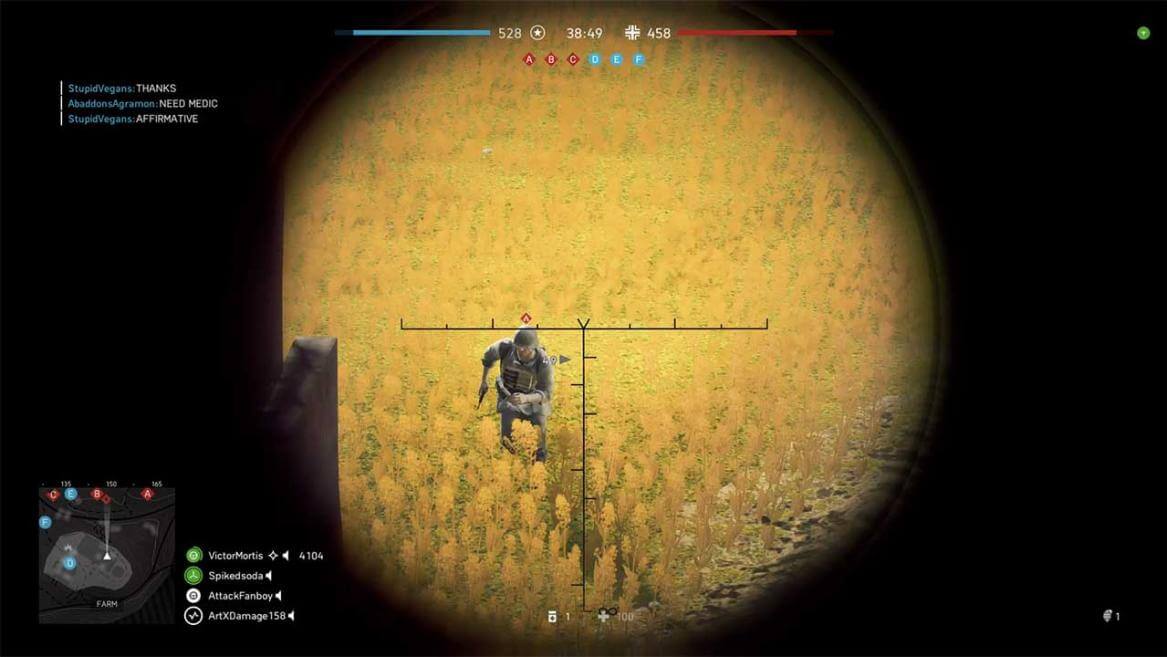 Auto Spot is a mod built specially for Battlefield gaming series. Its functionality allows making a valuable contribution to the battle of your squad by spotting the enemies and showing them on your teammates’ radar. You may also be rewarded with extra points once a spotted enemy is executed. The function is assigned to the R1 button that will be automatically pressed for you by the modchip every time you scope your weapon.

The newest modchip allows taking spotting action even further by setting the mod to hit R1 button every 3 seconds automatically.

Auto Spot works great on Battlefield 4 and 1, but here is the news for BF5 fans. Since the spotting system in BFV has gone through significant changes, the mod also works differently in the game. Pressing the spotting button will place a marker exactly at where your aim is pointing. The marker will show your team the enemy location, but it won’t track the enemy movement like it did in previous BF titles. Also there is no more dot appearing above the head of tagged enemies that stayed visible for a few seconds. You will definitely get a benefit from using Auto Spot in BFV, but the effect will not be as dramatic as it used to be. 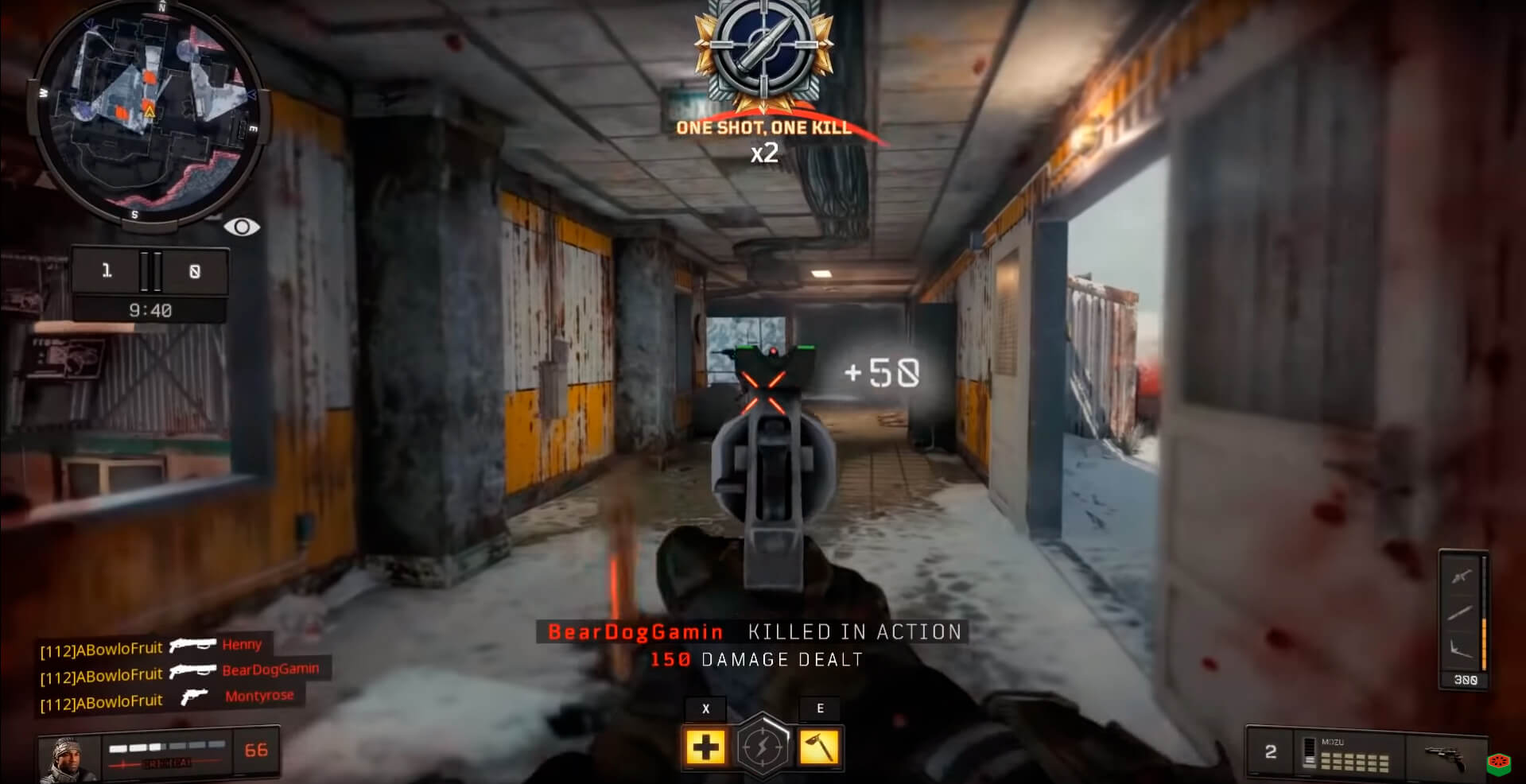 These are so-called shooting modes. They have been created for the purpose of giving more power and flexibility to the use of your weapons in the game and taking your shooting abilities to the next level.

Rapid Fire is the most known feature allowing the user to turn all semi-auto and single shot weapons into fully automatic ones. With the enabled mod, you will unleash the maximum potential of your weapons when holding the fire button.

Auto Burst works similar to Rapid Fire, however, it’s peculiarity is that it produces burst firing and allows setting up a desired number of shots in a burst. With the activated mod, you will be able to press the fire button for your weapon to perform a burst with a configured number of shots in it.

The Dual Trigger job is to allow rapid firing on both of your secondary dual-wielding weapons such as one shot handguns and semi-auto pistols by pulling both triggers. Your shooting encounters will now have the power of two handguns with enabled mod.

So here is what’s been improved in the new modchip version:

The new “Tactical Feature” update has been added to the functionality that solves the main problem with operating shootings mods in the previous gen software. Before the user needed to turn all shooting mods off in order to use any fully automatic guns in one round with semi-automatic ones, as the mods slowed fully auto weapons down. The process involved pressing the mod button and the d-pad and could take enough time to get your soldier killed. We felt the pain of our fans and came up with the Tactical option for Rapid Fire, Auto Burst and Dual Trigger that allows to quickly turn any of the features on and off by double tapping on the Triangle button. In gaming situations where every millisecond counts, operating mods should be done on the fly and our technology delivers it. 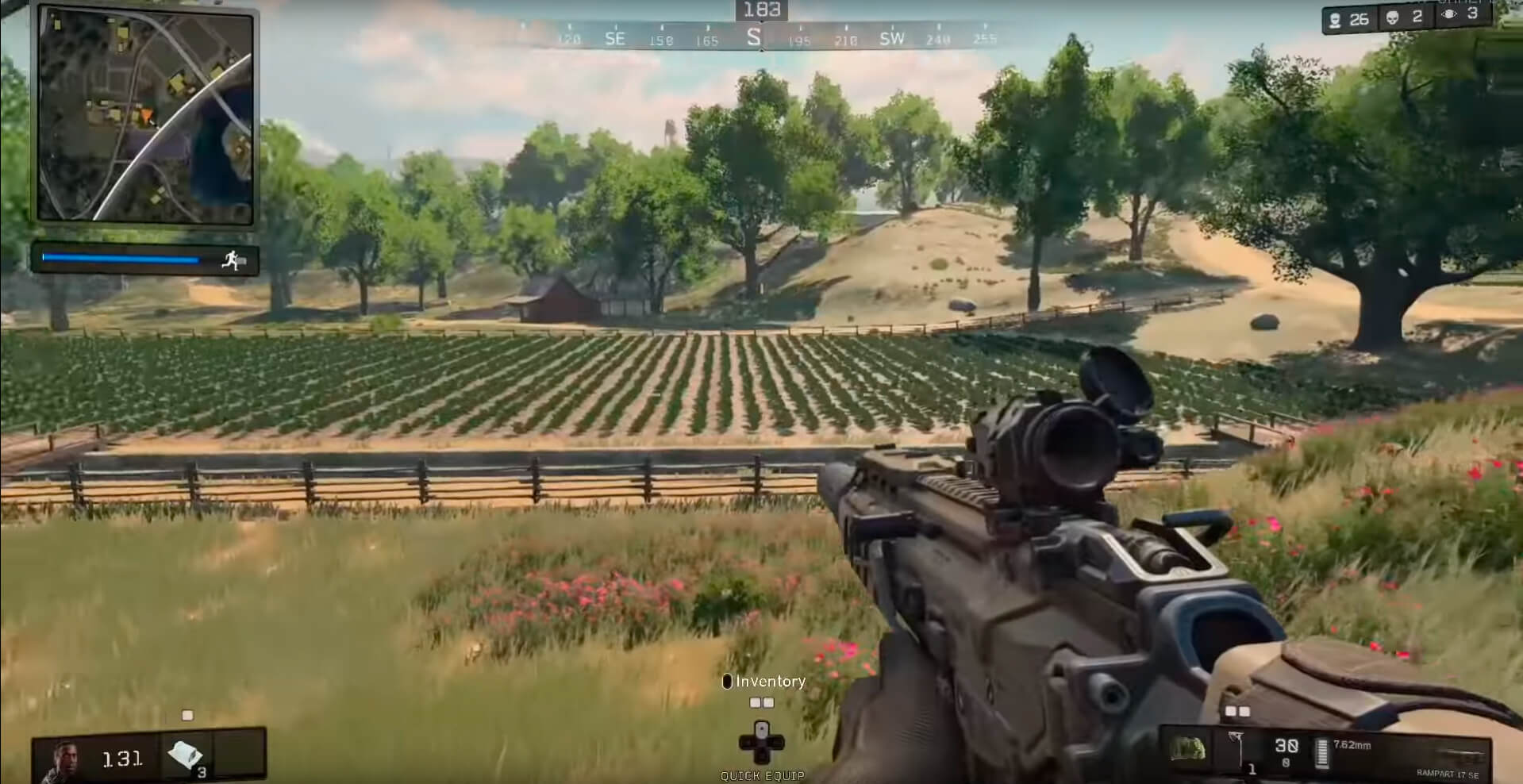 Auto Sprint is a very popular feature highly used across many big shooting titles - Call of Duty, Destiny, Battlefield and more. It helps players to use sprinting abilities in the most efficient way in the game by allowing the character to run continuously without hitting the left stick repeatedly.

The latest software upgrade adds an additional sub-mode allowing the user to either slide or jump two extra times automatically in Call Of Duty games as long as the corresponding buttons are pressed in a certain way. The mod comes fine-tuned for the COD Blackout experience. 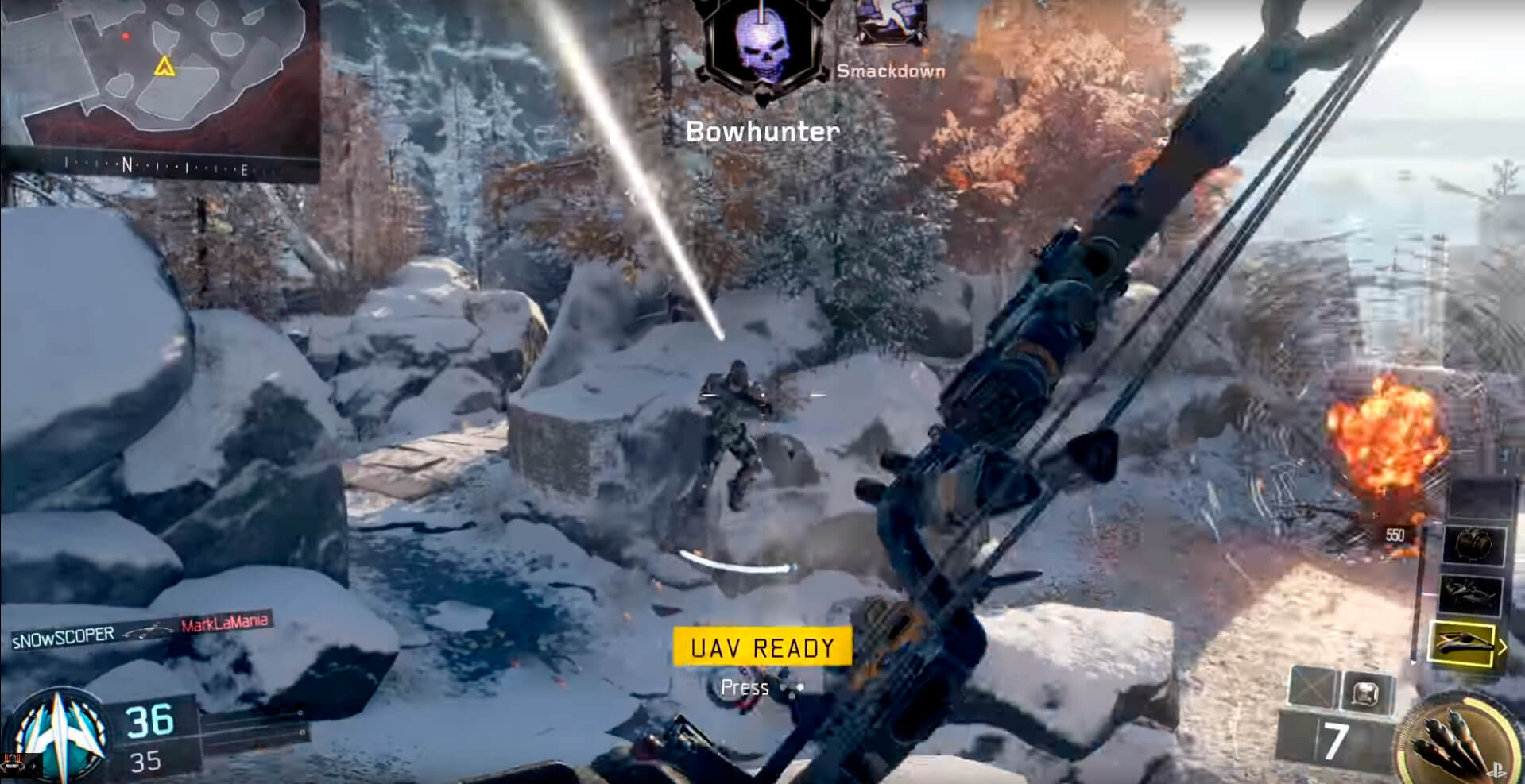 The feature still comes as the part of Drop Shot and Jump Shot mod and enables your character to jump up in the air while simultaneously firing the weapon. The ability helps a lot in winning one-on-one encounters as it makes your soldier a hard target for the opponent.

With the software update, users are able to take advantage of 2 new programmable sub-modes for Jump Shot allowing them to customize the time between jumps. In addition, the upgraded mod can be configured for thrust jumping and shooting in futuristic COD games.

Thank you for reading our announcement all the way till the end, we hope we gave the reader a clear idea about early 2019 Mega Modz software upgrade. We are not gonna be shy about the new software and are proud to call it the most sophisticated on the market. You will simply be unbeatable with Mega Modz PS4 modding technology leaving your competition a zero chance of winning.

Xbox One users, you are not going to be left behind as Xbox One S controllers software upgrade is coming in mid-February, so stay tuned!