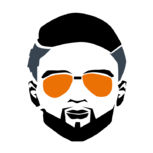 * UPDATE* MEGA MODZ PS5 MODDED CONTROLLER IS OUT 🔥 The most anticipated product of 2021 is now available to order!  Select your mods and exterior options in Controller Creator PS5 Custom Controller Creator - Build Your Own | MegaModz.com * More designs and custom parts will be in stock within 7 days and will be adding weekly 📢 Before placing an order, please check out your ETA. It is 10 business days currently and can not be expedited.  Let's go!

Top Posters In This Topic 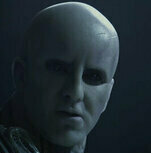 Hello folks,  Just want to share a quick update. As James mentioned above we are ready for mass production.  We’ve been working with our vendor in China to get all the needed modchip components

Hello folks! Are you waiting for PS5 Modded Controllers as much as we are? Are you thrilled? 😀 Mega Modz team is literally counting the days until the PS5 and DualSense release, as we are going t

Hello James, It is still in the works but pretty close to the testing stage. We are targeting the end of March as a launch date.