Microsoft announced an even more customizable Elite Controller Series 2 at E3 2019. More powers and abilities will be offered by the gadget.

After lots of rumors and speculation going around the next generation of the gaming pad ever created by Microsoft, the Xbox One Elite Controller Series 2 has been officially confirmed by the company. The controller has been re-engineered inside out and will offer more than 30 new ways to play, according to MS. The overall product parameters haven’t gone through major changes with the shape and stick layouts staying within a regular Xbox One/S controller concept. However, it would not be the next version, if it didn’t come with a number of improvements.

The new Xbox Elite pad will come with USB type C connection that is offered by every up-to-date gadget. In case you didn’t know, it is a specially shaped, reversible USB connector featuring 24 pins from each side. It comes in a perfect size, universal and can be used for most tech devices, plus it is capable of delivering USB 3.1 power and speed. 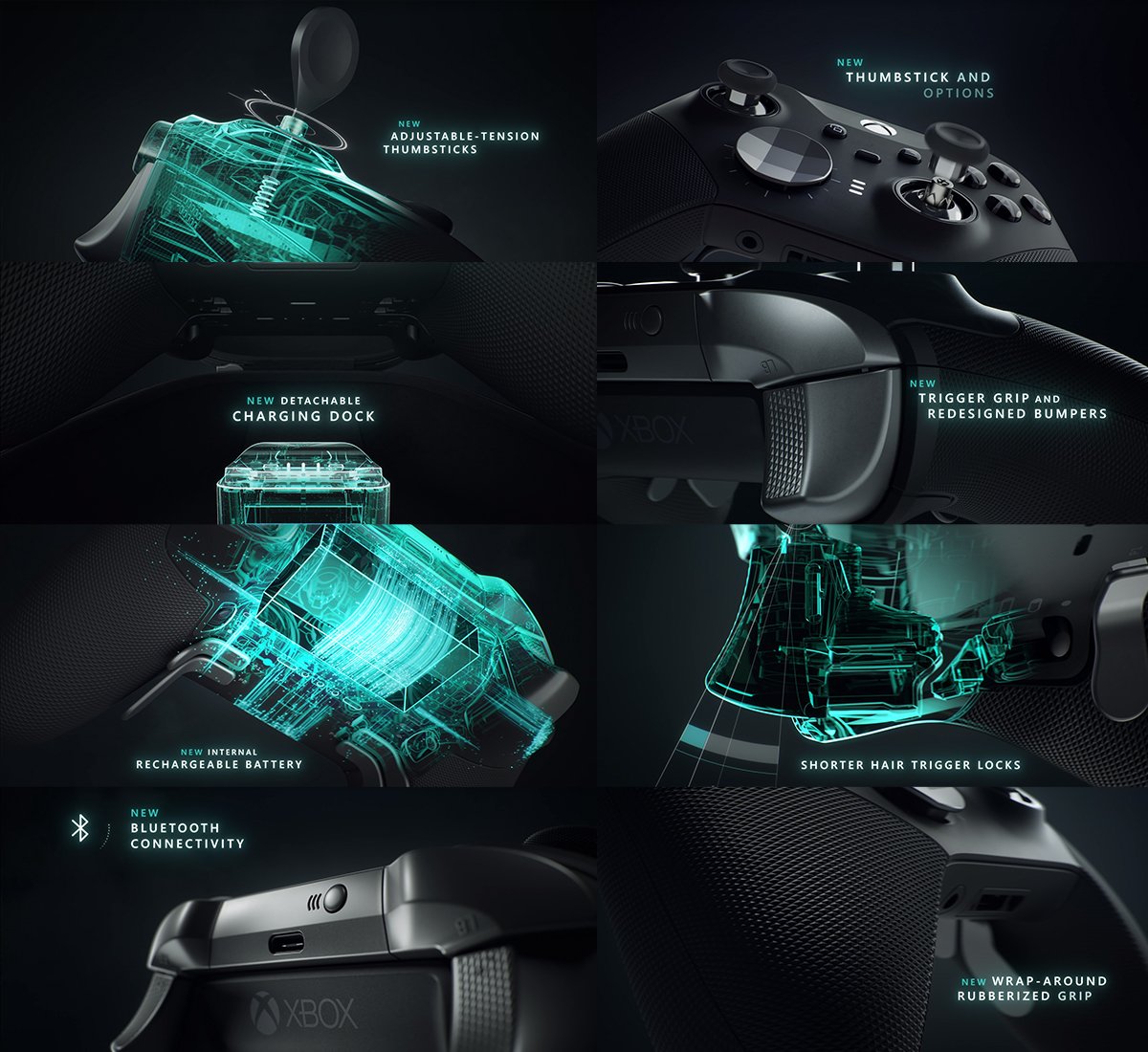 New design-wise improvements feature upgraded adjustable tension thumbsticks, built-in rechargeable battery, rebuilt paddles allowing longer distance travel, new wrap-around rubberized grips and trigger grips, and remodeled bumpers. Users will be able to personalize the experience even more via 3-level trigger stops and 3 available custom profiles. The controller will work with Xbox One and PC and allow up to 40 hours of charge via the all-new detachable recharging dock. As per MS official statement, the new Xbox Elite will have a more durable built to serve long even for the heaviest users.

The Xbox One Elite Controller had a huge commercial success, but the market of Pro gaming controllers has evolved tremendously in the past few years. Big brands like Scuf and Razor offer the most sophisticated features to cater to the growing needs of gamers all over the globe, and it is hard to predict at this point, whether the new Microsoft creation will be able to overperform the predecessor and all the competitors.

The controller arrives on November the 4TH for $179.99 and available for pre-order through the Microsoft Store now.

As a leading controller modding company, we’re beyond thrilled about the release and can not wait to get our hands on the new Elite Controller. Our customization plans include adding a turbo function for all stock buttons along with more cool extra tricks aimed at bringing the experience to the highest possible level. Leave your comments below and let us know if you support the Idea of the Xbox One Elite 2 Turbo Controller. Thanks for reading!